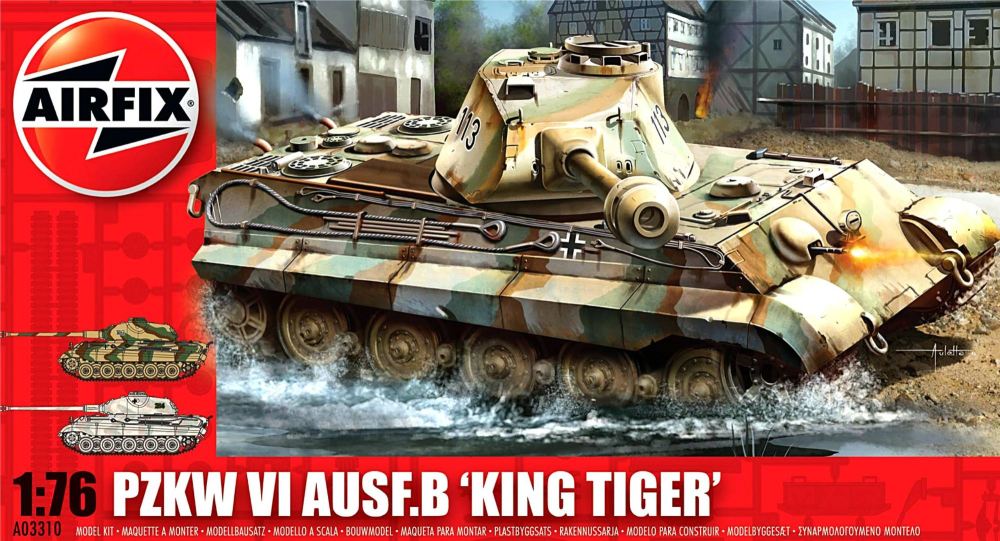 Out of stock.
0 in your basket
View Basket Checkout

Recommended price £12.99     Following on from the formidable Tiger I, the Tiger II featured even thicker armour, as well as the powerful 88mm gun.  Making its debut on the Normandy battlefield, the King Tiger proved to be a formidable opponent, however, it was mechanically fragile and very cumbersome.  This early version features the Krupp turret, of which just 50 were produced.

Recommend this to a friend  +