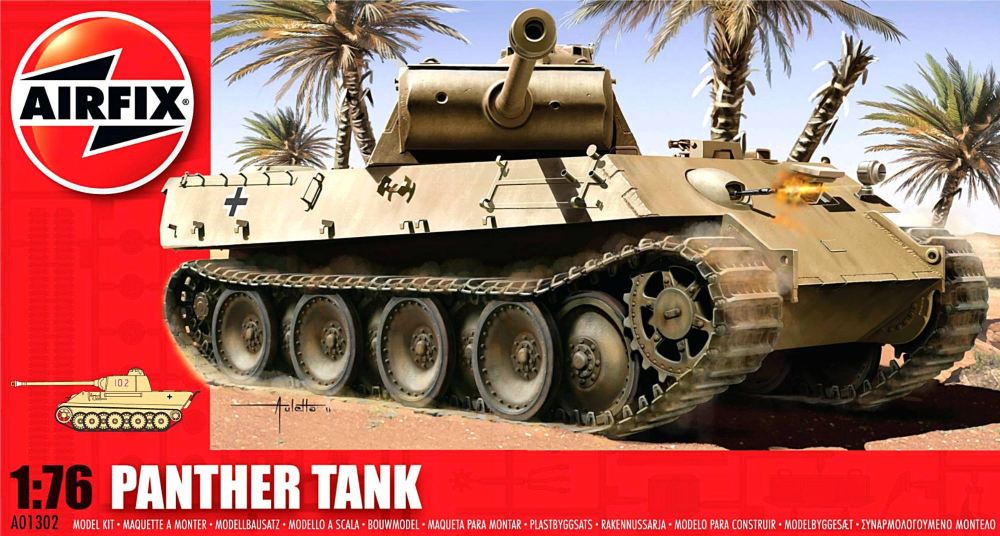 Recommended price £6.59  Developed initially to counter the Soviet's T-34, the Panther was sent to frontline units in the spring of 1943, and first saw major combat at Kursk. WIth the correction of the production-related mechanical difficulties, the Panther became highly popular with German tankers and a fearsome weapon on the battlefield.

Recommend this to a friend  +

All items are offered for sale dependant on the item being physically in stock in our shop. We do our best to keep the stock held indicator up to date at all times.  If you are concerned then please e-mail prior to setting an order, we can then confirm availability and hold an item for 24hrs at no charge so that you can place your order with confidence. Dual currencies display